RDFQuotient: What’s in an RDF graph?

RDF graphs can be large and heterogeneous, making it hard for users to get acquainted with a new graph and understand whether it may have interesting information.

To help users figure it out, we have devised novel equivalence relations among RDF nodes, capable of recognizing them as equivalent (and thus, summarize them together) despite the heterogeneity often exhibited by their incoming and outgoing node properties.  From these relations, we derive four novel summaries, called Weak, Strong, Typed Weak and Typed Strong, and show how to obtain from them compact and enticing visualizations. Here is the Strong summary of a BSBM benchmark graph of 100 million triples (not saturated), automatically built by our software (click on the icon to get the full-scale image, or here for a detailed explanation): 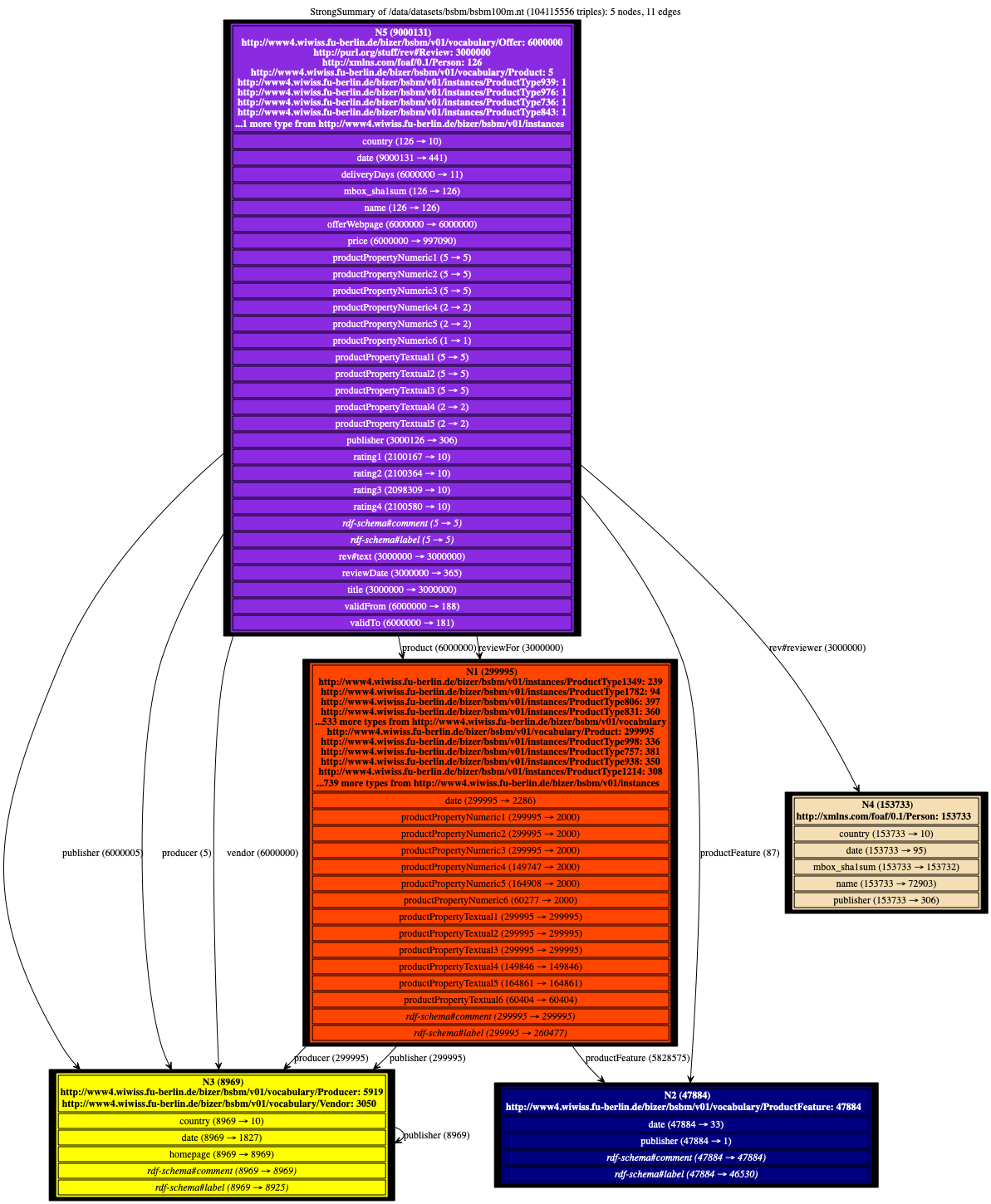 How to read a visualization?

A short video introducing concepts of RDFQuotient presented at VLDB 2020 is available here.

Below, each link leads to a page where we plot several summaries: ours, as well as those computed through bisimulation-inspired methods. When the latter are absent, they had thousands of edges and drawing failed.

Enjoy our gallery of examples!

The project is written in Java, and developed under Maven and Git. You can check it out at:

When referring to this work, please cite the article published in The VLDB Journal.

Other usages of the summaries